Where did Frankenstein come from?

Portrait of Mary Shelley (1797-1851) by Richard Rothwell. Mary Shelly prophesized in Frankenstein [1] how a human-made machine might learn. She details the process in great detail over several chapters as the monster, in its own voice, provides “an account of the progress of [its own] intellect.”

The learning process detailed in Frankenstein—starting with basic proprioception and culminating in social interaction—combines realistic elements of human learning with plausible predictions of how intelligent beings might deduce rules of behaviour from observing humans.

Was Shelly an extraordinary visionary with a unique sense of observation? Did she have a keen sense of developmental psychology? Was she correct about how intelligent beings may come to learn about the world and how to interact in it?

Yes. Yes. And, most assuredly, yes [2, 3, 4]. She also made deep connecting references with previous literature. Indeed like Rousseau’s Emile [2], Shelly’s monster learned from its environment and then its society.

The account of intellectual development opens with descriptions of gaining senses of sight, feeling, hearing, and smell, all at once. It is not with disentangled clarity that these sense arrive, but rather they arrive entangled together as a convoluted stream of information.

…it was, indeed, a long time before I learned to distinguish between the operations of my various senses.

The first thing that the monster learns to do is blink to relieve nerve pressure. From this first blink, the next narrative points detail a curriculum of intelligence prescient for reflection given research in artificial general intelligence.

At the same time as these embodied abilities are being described, the creature describes basic compulsions, or necessities, which demand attention.

…the heat wearing me as I walked, I sought a place where I could receive shade…,
until I was tormented by hunger and thirst”, “and then lying down, was overcome by sleep.

The phrasing that Shelly uses to describe the means by which the monster acts are framed as external forces of hunger and thirst and exhaustion exerting upon the monster. Then the framing changes. The monster gains agency and starts to embody its own experience. This dualism is a critical moment when the separation between mind and body occurs. The body can overcome the mind, and the mind can do the same to the body.

I felt cold … and half frightened… finding myself so desolate
The monster then gazes upon the moon with a kind of wonder, I fixed my eyes on that [bright moon] with pleasure.

The monster drinks from a stream, and uses the foliage of the trees for shade from the hot sun. It is delighted by the sounds of the birds, and “sometimes, [tried] to imitate the pleasant songs.” This imitation is followed by the monster finding, discovering, its own internal desires and then wishing to express its sensations in its own ways. It realized that it was not the song that it wanted to imitate, but what the process represented. 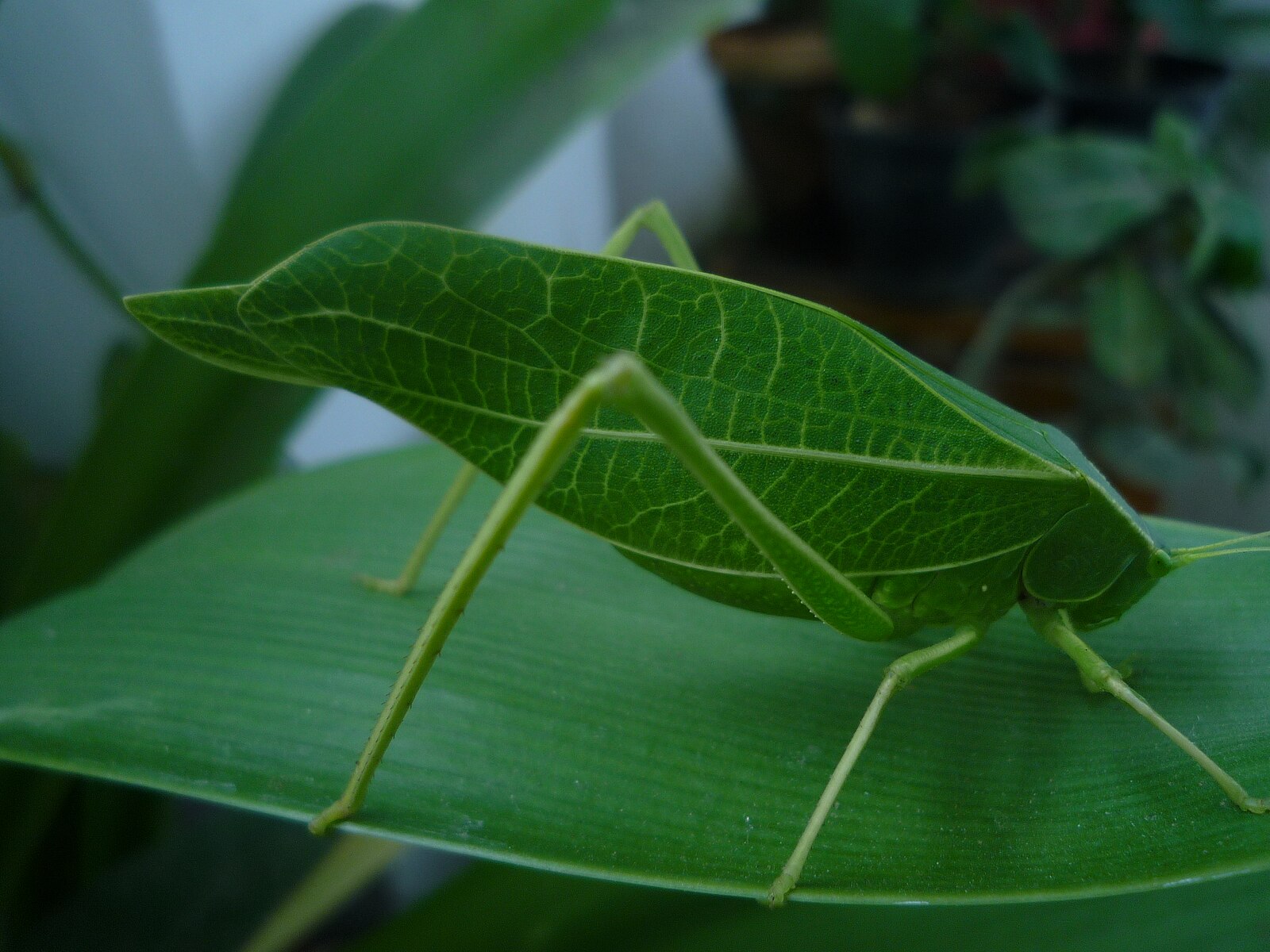 How might Frankenstein classify such an organism? Then again, how might you? Next, the monster starts to distinguish the “insect from the herb”, notably finding contrast between various forms of animated life. The monster is categorizing, a pre-linguistic form of concept learning by grouping like with like and not with unlike.

The monster uses a variety of tools and accessories to satiate its demands of comfort, including “clothes”, “a huge cloak”, “a cup”, and “a fire left by some wandering beggars.” Again the mind-body separation emphasizes the apparent disconnect between the brain and the body.

It starts to reason about cause and effect. After the monster delights in the warmth provided from an ambient fire, it puts its hands directly into live embers, then reflects: “how strange, I thought, that the same cause should produce such opposite effects.”

The monster starts to collect resources to sustain the comforts of a fire: The monster protects the embers of the live fire overnight. This foresight can be seen as some of its first predictive reasoning. It is in some way afraid of not having embers, of not having fire. Namely, it wanted to be able to become warm in the future, and thus adapted its environment to be able to take such actions at a distant point in time. From there, it even uses the fire to roast some of its food. “… the berries were spoiled by this operation, and the nuts and roots much improved.” It is learning through trial and error, through positive and negative reinforcement.

From this experience, it reasons to find an environment where “the few wants [it] experiences would be more easily satisfied.”

The monster then starts to engage in prosocial activities. It seeks out other intelligent and similar beings, before retreating “from the barbarity of man.” The monster observes other intelligent beings from a safe distance. It experiences emotional empathy while watching an old man play music for another human.

He raised her and smiled with such kindness and affection that I felt sensations of a peculiar and overpowering nature.

It is fascinated by the diversity of the other intelligent beings it is observing:

Nothing could exceed in beauty the contrast between these two excellent creatures.

It longed to join them, the urge for pro-social behaviour resonating strongly. When the monster realizes that the food it is stealing from the family is one of the causes of their uneasiness it abstains, not wanting to inflict undue hardship on the family. The monster is generous, and helps the family procure firewood: “… during the night I often took his tools, the use of which I quickly discovered, and brought home [firewood] sufficient for the consumption of several days.”

The monster then discovers that the family possesses “a method of communicating experience and feelings to one another by articulate sounds.” This communicative ability, the monster remarks, is a “godlike science” with the ability to produce effects “in the minds… of the hearers”. The grounding of several words came next, ‘fire’, ‘milk, ‘bread’, as well as the perception that some words did not have connection to visible objects. The monster also gained an ability to produce several ungrounded words, such as ‘good’, and ‘unhappy’.

Perhaps at this stage in [its] development [the monster] … can master objects but not feelings, causes but not concepts. – David H. Guston

There is a great connection formed between the monster and the family that it observed. It sympathized with their joy and sadness.

From language learning, the monster then started to observe the family reading to each other. It longed to be able to understand, “… I ardently longed to comprehend [the sounds of reading aloud]; but how was that possible when I did not even understand the sounds for which they stood as signs.”

What connects symbols and behaviour? For a deeper diver from myself and collegues, see Symbolic Behaviour in Artificial Intelligence (2021)

During this time of increased capacity the monster also notes that it is terrified when viewing itself in a reflection. This is a moment of great importance: when the monster can see itself and realize it is themself, they are also seeing others and realizing they are them. It is also realizing that it is not them.

The monster finds comfort in routine, and uniform scheduled days of activity. With this comfort came curiosity: “My thoughts now became more active, and I longed to discover the motives and feelings of these lovely creatures”. The monster forms an imagination of a thousand ways that a first social interaction might go. It makes predictions about the mental state that the interaction might imbue in the members of the family. It is reasoning about how the humans might reason about it. The monster is even able to understand that the perception of the world is different from human to human; it understands that the old man is blind and unable to visually perceive its abhorrence.

The monster longed to learn sufficient language to communicate effectively with these other social beings. When the monster observes a lady learning the language of the villagers it is observing, it imitates the learning process “[making] use of the same instructions to the same end”. After two months the monster “began to comprehend most of the words uttered” by the family it lived near.

The Ruins of Empires by Constantin-François Volney It not only learned the spoken word, but also “the science of letters”. It learns natural history from the texts of Volney’s The Ruins of Empires, and systems of human society such as the “division of property” and of wealth and property. It also learned of the “birth and growth of children”, “how the mind of youth expanded and gained knowledge”, and the “various relationships which bind one human being to another in mutual bonds.”

The monster knew that it was not “of the same nature as man”. It was self-aware of its deficiencies in comparison to the humans it observed, as well as actions afforded to it, what it could do, that humans could not. The monster was experiencing feelings of being an imposter, of being not normal. These egotistical reflections caused agony and sorrow. The monster eloquently leaps towards a meta-physical understanding exclaiming: “what a strange nature is knowledge!”

The monster learns to understand death as the antithesis of life, but also as the only means to overcome the sensation of pain. These are quite great ideas that the monster is struggling with, and it learns to dig into the written words to understand humanity at an even deeper level. Namely, the monster finds the books Paradise Lost, a volume of Plutarc’s Lives, and the Sorrows of Werter. These books “produced in [it] an infinity of new images and feelings”.

Paradise Lost. A poem written in ten books by John Milton. Through these texts the monster learns to appreciate death, and wonder. It finds itself in the texts. It sympathized with the characters it read about. It struggles with its own identity and very being. The monster was able to transfer the learning of symbolic written language to other text as well. It deciphers several papers from the journal of Doctor Frankenstein, and understands them to describe its own origin story.

Shelly takes the readers through the construction of intelligence, one step at a time, from environment to society. That said, there are some open questions for the next post… What are the limitations of the monster’s intellect portrayed by Shelly? What do the abilities and limitations of the monster’s learning tell us about machine learning? What is the process by which the monster becomes self-aware? What is the process by which the monster separates the environment from other intelligent beings? What if the monster made its own creation? What would it do differently knowing how it feels to be one from this experience?